When People Evacuated New York Because Of Orson Welles

October 30, 1938 — The War of the Worlds, the science fiction novel by English author HG Wells telling of a space ship from Mars landing on Earth and causing panic, death and destruction, was published in 1897. On this day in 1938 actor Orson Welles allegedly caused real-life panic across America when he presented the story in an all-too-realistic radio broadcast. Dance music on the Columbia Broadcasting System was interrupted by an announcer reporting that “Professor Farrell
79 views

Dr. Jonas Salk And The Cure Of Polio; "Can You Patent The Sun?"

On March 26, 1953, American medical researcher Dr. Jonas Salk announces on a national radio show that he has successfully tested a vaccine against poliomyelitis, the virus that causes the crippling disease of polio. In 1952—an epidemic year for polio—there were 58,000 new cases reported in the United States, and more than 3,000 died from the disease. For his work in helping to eradicate the disease, which is known as “infant paralysis” because it mainly affects children, Dr.
37 views

The Soviet pilot's graveyard in Ämari, Estonia is filled with headstones made of airplane fins.

Tucked away in the woods near Estonia’s Ämari Air Base is a pilot’s graveyard where Soviet airmen are buried beneath the fins of the very aircraft they likely died in. The graves in the Ämari cemetery hold the bodies of a number of pilots who flew under Estonia’s Soviet regime that was in power until 1991. While some of the graves are crude and simple affairs the likes of which could be found in just about any historic cemetery, the graves of the many of the military pilots a
526 views

According to the World Health Organization, the leading cause of death is heart disease, followed by other medical conditions, which is not all that surprising. However, records throughout the years also show the unusual ways people met their demise. For instance, as noted by Insider, thousands of people die each year of falls involving beds and accidental strangulations and suffocations while sleeping. Using heavy machinery is also a common cause of death among individuals.
573 views

Mary Surratt, The Lincoln Assassination Conspirator And The First Woman Hanged By The U.S Government

On July 7, 1865, Mary Surratt and three other condemned prisoners were marched through the courtyard of the Old Arsenal Penitentiary outside of Washington, D.C., surrounded by a crowd of over 1,000 people. Escorted by General John F. Hartranft, each of the prisoners’ wrists and ankles were bound. Their heads hung low as they approached the gallows. Surratt marched at the front of the procession wearing a black dress, bonnet, and veil. Too weak to walk on her own, two soldiers
520 views

When Frank Sinatra Died There Was Drama, Lots Of Drama. Would We Have Expected Anything Less?

In May 1998, Frank Sinatra asked his daughter Tina how far away the new millennium was. According to the biography Sinatra: The Life, when Tina told him it would come in about 18 months, he responded, “Oh, I can do that. Nothin’ to it.” Days later, he was dead. Frank Sinatra’s health had been declining for several years. PBS reports that he suffered breathing problems, high blood pressure, pneumonia, bladder cancer, and dementia in his final years. He hadn’t appeared in publi
129 views

Mata Hari was born on this day August 7, 1876 as Margaretha “Gretha” Geertruida Zelle in the Netherlands. Since her conviction as a double agent during WWI she has become a byword for the femme fatale. Productions like the 1931 film “Mata Hari” starring Greta Garbo, perpetuated the story of the glamorous courtesan and exotic dancer with a dangerous double life as a spy who was suddenly found out by the French, and executed in 1917. However the last few years has seen a revisi
374 views

October 14, 1855 — A carpenter mounted his soapbox on this day complaining about high food prices – and became the first recorded amateur orator to address a crowd at what was to become Speakers’ Corner in London’s Hyde Park. Writer George Orwell later described the place as "one of the minor wonders of the world", where he had listened to "Indian nationalists, temperance reformers, Communists, Trotskyists, the Socialist Party of Great Britain, the Catholic Evidence Society,
157 views

On December 10, 1948, just after midnight — the United Nations General Assembly saw its first standing ovation for a single delegate. One by one, members representing 51 nations across the globe rose from their chairs to honour a 64–year-old woman seated among them. Eleanor Roosevelt had just made history. For the first time the world had come together to agree, in writing, on the fundamental freedoms that belong to all people on earth. It was fittingly called the “Universal
48 views

Burger King is an American fast-food chain founded in 1953 in Jacksonville, Florida. Back then, it was called Insta-Burger King. When the company ran into financial difficulties a year after opening, David Edgerton and Jame McLamore purchased the company and renamed it to Burger King. Over the years, the company has come up with some pretty controversial ad campaigns, but did you ever hear of the Whopper Sacrifice Campaign? In 2009, Burger King ran the “Whopper Sacrifice” cam
207 views

They Shall Not Pass - The Battle Of Cable Street

Street brawls between fascists on one side and anti-fascists on the other. Although this may sound like something from the news of Portland, USA in 2020, this is East London in 1936. The 1930s was a period of seismic political change throughout Europe. Fascist dictators took power in Germany, Italy and Romania and left-wing and communist movements rebelled against expanding fascism in countries like Spain. In Britain, this tension culminated in a violent event in the East Lon
608 views 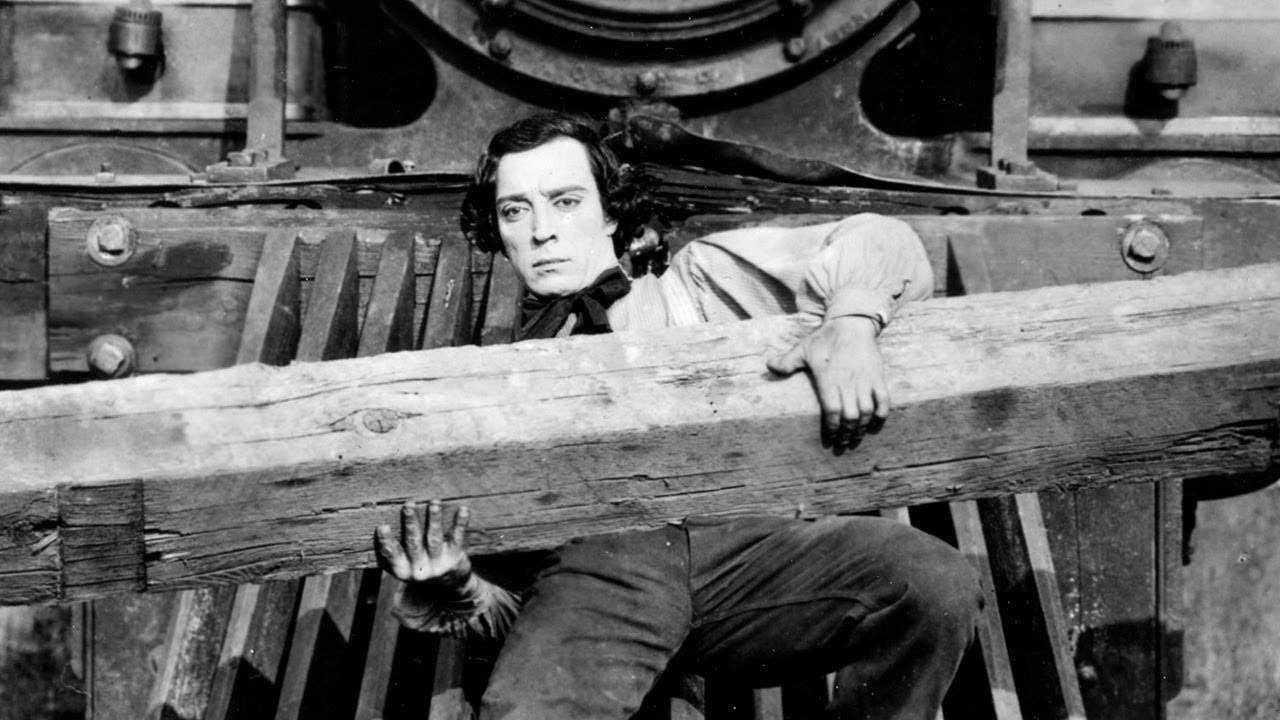 Joseph Frank Keaton was born into showbiz. His father was a comedian. His mother, a soubrette. He emerged into the world during a one night engagement in Kansas City. His father’s business partner, escape artist Harry Houdini, inadvertently renamed him Buster, approving of the way the rubbery little Keaton weathered an accidental tumble down a flight of stairs. As Keaton recalls in the interview accompanying silent movie fan Don McHoull’s edit of some of his most amazing stun
198 views

The short video below melds the educational ease of a YouTube how-to with the self-directed, perhaps more artistically pure aspects of the pre-digital experience, as Charles Schulz himself pencils Charlie Brown seated at Schroeder’s toy piano in well under a minute. You’ll have to watch closely if you want to pick up Sparky’s step-by-step technique. There are no geometric pointers, only a spiritual disclosure that “poor old Charlie Brown” was a scapegoat whose suffering was c
140 views

Do you feel faint at the sight of blood? Suffer paper cuts as major trauma? Cover your eyes when the knife comes out in the horror movie? If so, and also if not, fall to your knees and give thanks that you’re not the Wound Man, above. A staple of medieval medical history, he’s a grisly compendium of the injuries and external afflictions that might befall a mortal of the period- insect and animal bites, spilled entrails, abscesses, boils, infections, plague-swollen glands, pie
143 views